As I sort through photos of this past week I have to laugh. This was taken last Sunday: 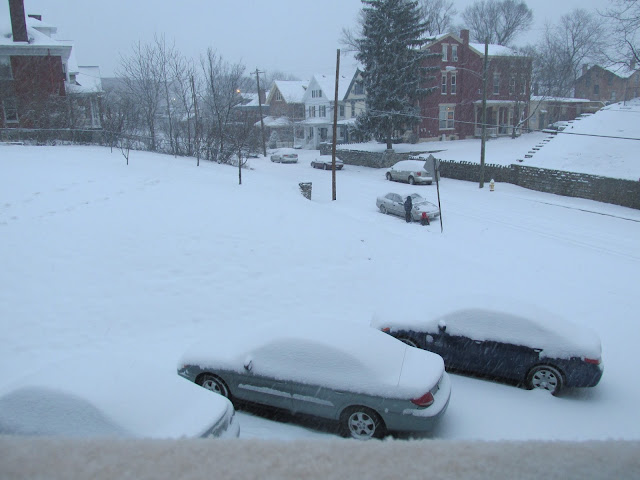 And this is this afternoon when it was 71 degrees. 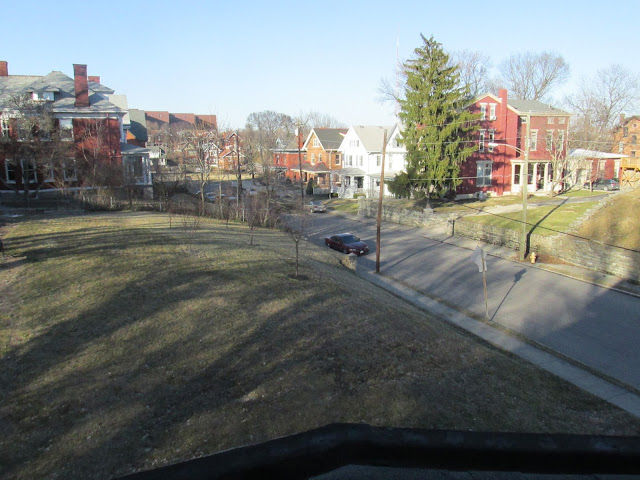 And I guess the snakes thought spring had arrived - 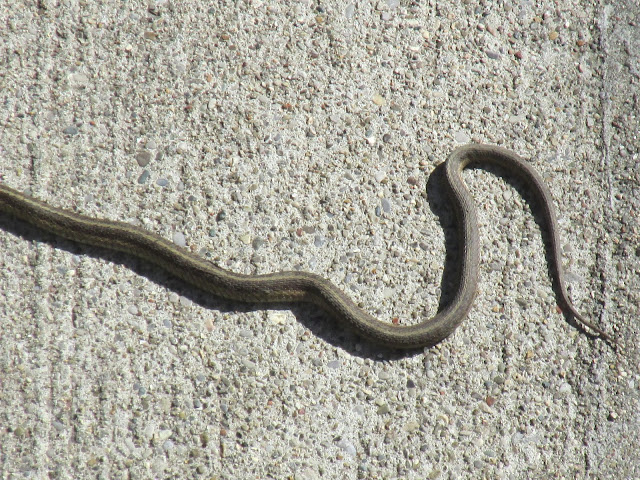 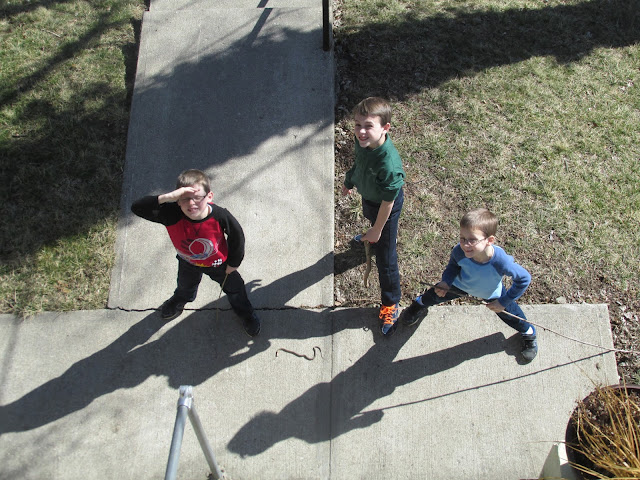 The daffodils have been up for almost a month - 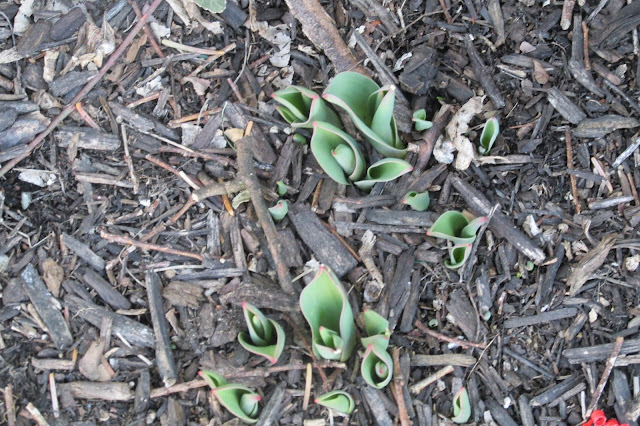 And there's a chance of snow again this coming Thursday. 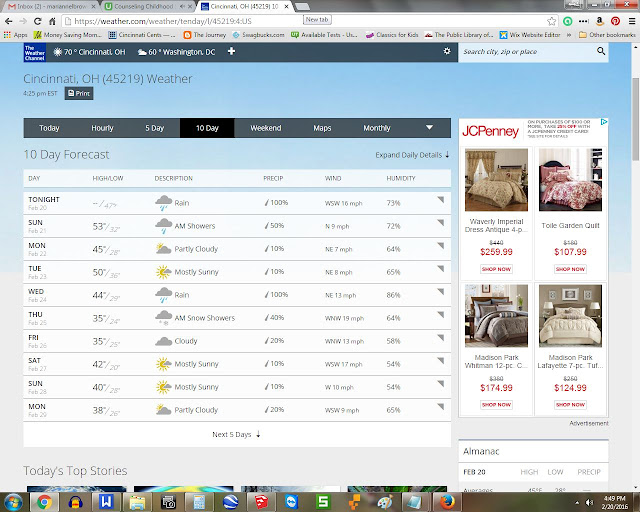 The roller coaster to spring has begun!
Posted by MarianneBrown at 5:00 PM No comments:

The Art of the Brick - Cincinnati Museum Center

The Art of the Brick is the special exhibit at the Cincinnati Museum Center right now. Philip had some time off yesterday so we decided to take the boys and go. It is a bit pricey - but was well worth it!

Artist Nathan Sawaya uses Legos™ to recreate both masterpieces of art and original creations. His attention to detail and his use of dimension, color, and shadows are incredible. My boys are not into art but they are into Legos ™ and this was a really good way to introduce them to famous pieces in a medium they are attracted to. Pieces like The Starry Night by Van Gogh

What we found is that most of the pieces were best viewed from a distance with slightly squinted eyes to get a better image. Like the Mono Lisa.

The boys all really liked the recreation of the Rose Window in Notre Dame.

One of the largest creations was a replica of a Moai on Easter Island. The boys say it had 75,749 pieces....or something close to that.

The largest replica was a T-Rex skeleton with over 80,000 pieces.

Fun day! Maybe a new use for the tubs of Legos™ around here?
Posted by MarianneBrown at 1:43 PM No comments:

When you homeschool it's not uncommon for that to be all you get done. This year there are 21 subjects over 4 grade levels, and then there is German (for Allan), Spanish (for Daniel), music, piano, art, and PE. So though my house is rarely in the shape I'd lik,e and laundry is not always washed, dried, and put away all in the same day - at least school is going well.

One of their favorite science experiments this month was growing bacteria on agar slides. If I had it to do over again, I'd double check to be sure that the person who washed their hands used soap and warm water. From the amount of bacteria on the handwashing slides we came to the conclusion a lesson in proper handwashing technique was in order......eewwwww....... 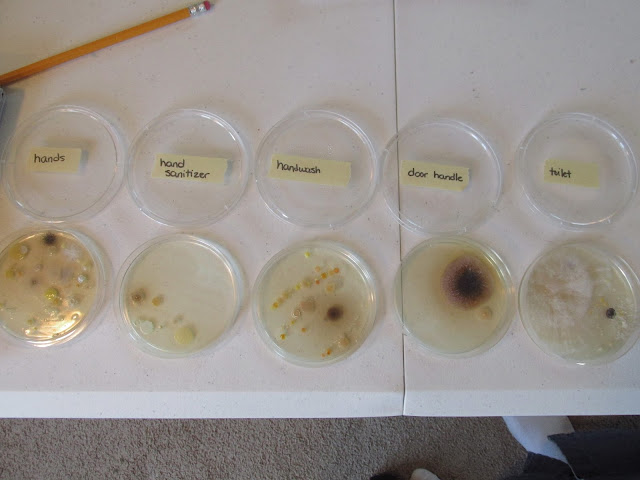 We made our annual trip to the KY Wool Festival again this year and the boys chose to get a funnel cake instead of cotton candy - they were very impressed! 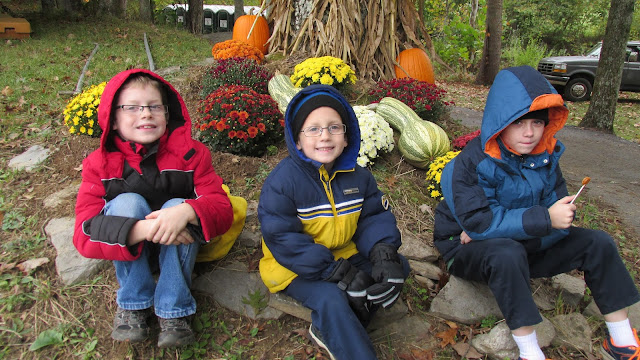 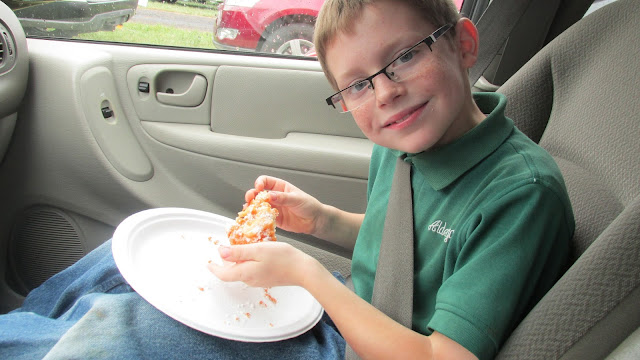 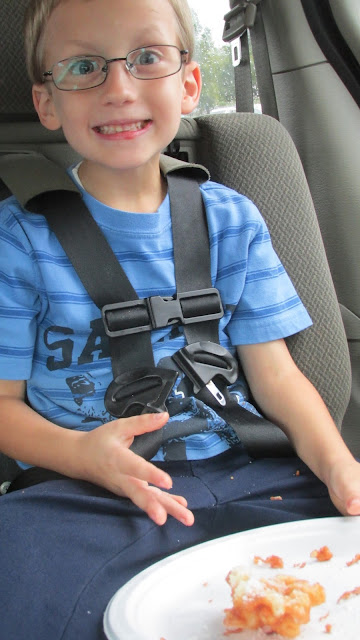 You'd think Allan was already on the sugar high! 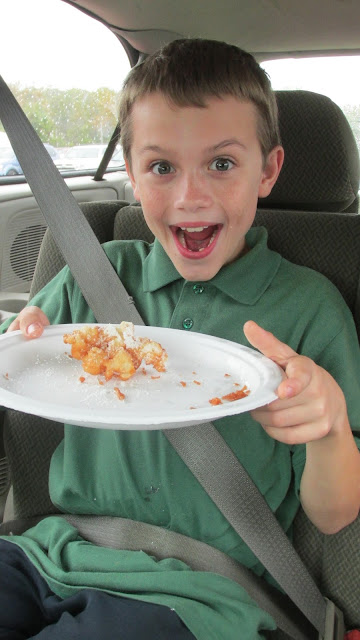 When not in school or otherwise occupied with practice or study - it's REALLY important that boys be outside expending their energy. They asked if they could dig a hole in the garden, ...I said yes...I didn't realize they were going to dig a bunker. 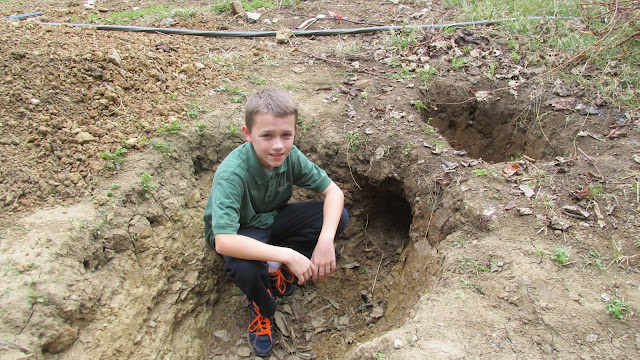 But that's okay....as long as they fill it back in.

Sometimes when I get my camera back I realize they occasionally do things that I don't want to know about. 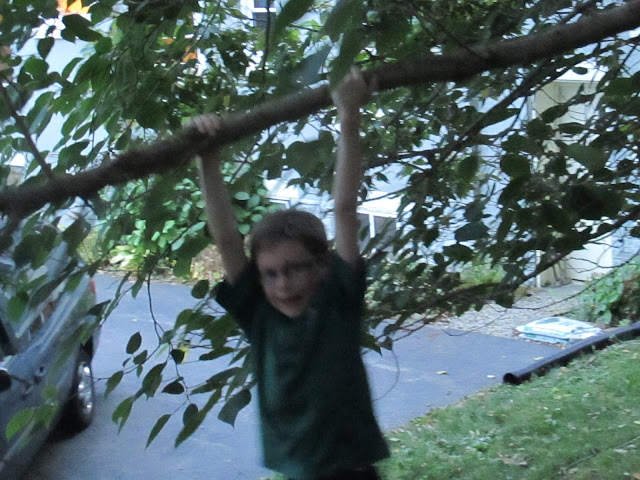 Stephen has entered the world of eyeglasses and patches but he's done really well and I'm thankful. He also lost another tooth......that we got to keep this time. The front tooth missing in this picture had to be removed by the dentist.....which is a whole other story that still makes me cringe every time I think about it. 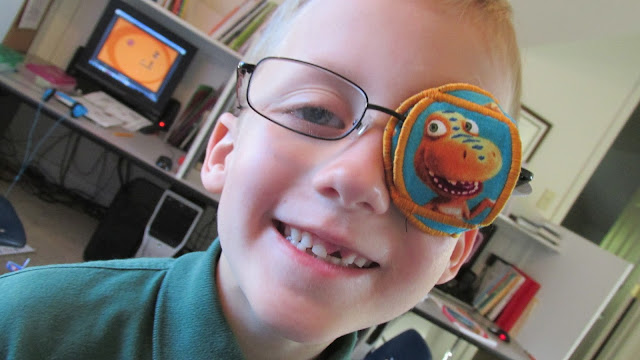 Our chickens began doing their molting thing when the days started getting shorter so egg production dropped way off. I got the light working in their coop and now production this week has reached 10 eggs a day so we're on the right track (chickens need 14 hours of daylight to sustain egg production). When they started back up they laid some really funky eggs, like this one: 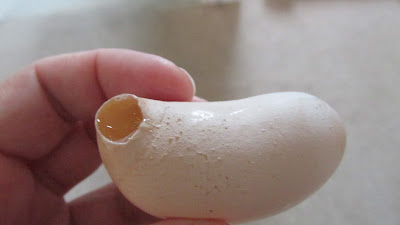 That had to have hurt!

This week one day we heard the chickens making an awful commotion while we were doing school and we discovered a hawk was sitting on the gate to the run (at first we thought it was an owl). They were pitching an absolute fit!


Philip was busy this week with the HLC accreditation for the grad program visit, Aldersgate Forum and now this morning he's speaking at Youth Convention. We're ready to settle into the slower pace of fall....my body is already wanting to start into hibernation with the early evenings!
Posted by MarianneBrown at 8:54 AM 2 comments: